Open the door to a saltwater summer home and you’re apt to find a tide table—perhaps not for the right month or even the right year, but there it is, enumerating the ocean’s cadence with the dependability of a metronome. For those of us accustomed to man-made schedules, however, the tide’s a fickle animal; its rhythms are not our own. The same tide at full flood by our boathouse may crest an hour later or earlier just a few miles away. 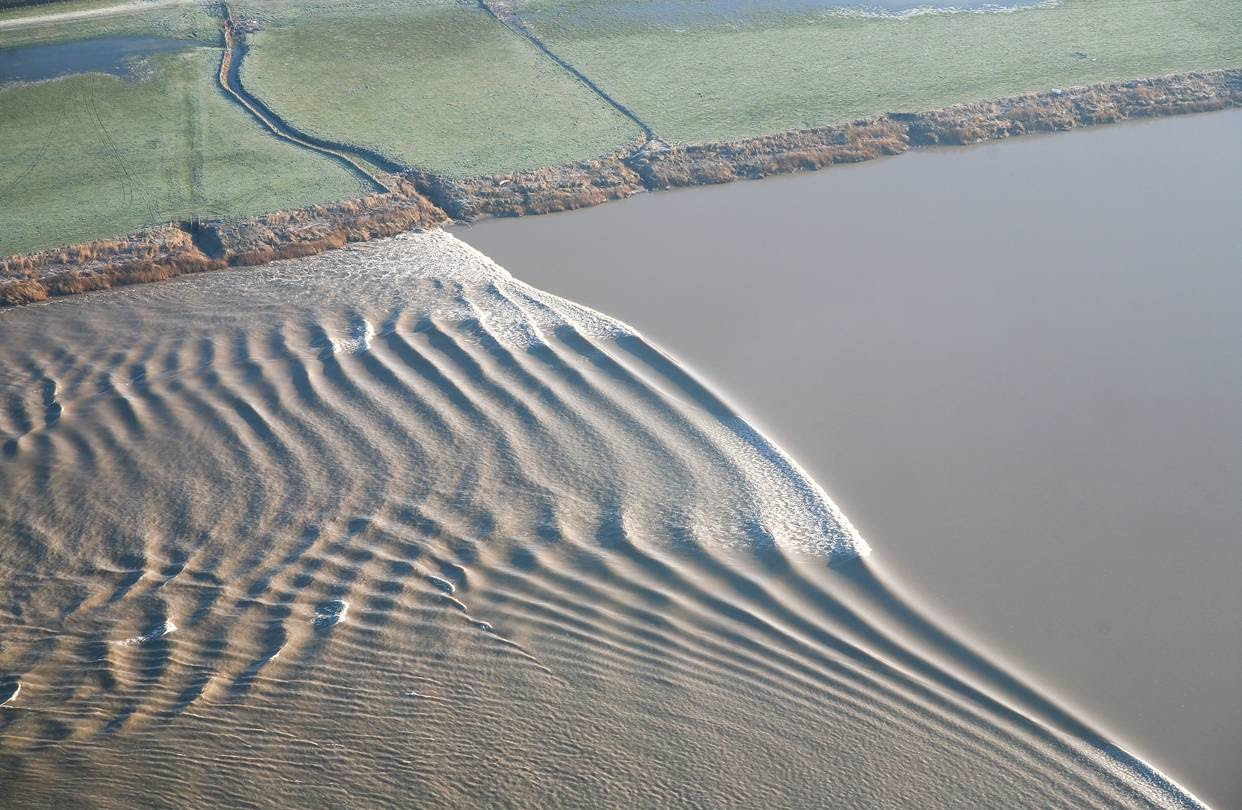 When we think of tides, we imagine dramatic, twice-daily cycles answering to the moon, with an average interval of 12 hours, 25 minutes between high tides. These are only the norm. Some places have only one high and low tide a day, and Tahiti’s tide is governed by the pull of the sun, not the moon.

To explain this complex phenomenon clearly and appealingly requires a writer with a disciplined curiosity about and a practical understanding of the sea. Jonathan White is a sailor, surfer and conservationist whose interest in tides was piqued when his 65-foot schooner ran aground at high tide on a remote Alaskan coast. Thanks to the suction of the mud, the next incoming tide flooded rather than floated his boat, though disaster was narrowly averted thanks to backbreaking hours of pumping and enormous good luck. “After Kalinin Bay,” he writes, “I vowed to learn more about the tides.”

“Tides: The Science and Spirit of the Ocean” is the result of a yearslong project that took Mr. White around the world to experience a variety of tidesfirsthand and talk to an array of experts: data-obsessed competitive surfers; Canadian Inuit living on Ungava Bay, 200 miles below the Arctic Circle, who in winter hunt for mussels beneath the 3-foot-thick ice in the 4-hour window around low tide; Kuna Yala people on Panama’s low-lying San Blas Islands who believe the tides come “to see if everything is in balance. If it is, they go away. If it isn’t, they stay.” Sea level rise means higher tides. Things are definitely out of kilter.

People have lived to the tide’s pulse since before humans were Homo sapiens. We are not alone. Hundreds of seaside species synchronize their lives to the ocean’s ebb and flow, and one researcher tells Mr. White that perhaps “almost every organism living near the ocean has a tidal rhythm in its genes.” What distinguishes our relationship to the tide from that of other animals is our capacity for abstraction and our desire to understand how the world works.

Abstraction gave our ancestors—Maori, Chinese, Inuit, Benedictine monks at Mont Saint-Michel—the capacity to divine a connection between the moon and the tide. By the first century B.C., the Gauls of southern Spain could identify daily, monthly, seasonal and even yearly patterns of tidal variation. Such fluctuations inspired scientists’ curiosity about the cosmos, and a desire to unlock the mystery of the tidehas been the starting point for many of the world’s great philosophers and scientists. Galileo’s “Dialogue on the Great World Systems,” for which the Inquisition found him “vehemently suspect of heresy,” was originally titled “The Flux and Reflux of the Tides.”

Today, armed with the laws of planetary motion and of gravity, together with a slew of other calculations, scientists have identified more than 400 discrete tidal cycles, ranging in length from only 6 hours to about 25,800 years, the time it takes for the earth’s polar axis to complete one cyclic wobble, like a gyrating top, along its axis of rotation—the so-called precession of the equinoxes.

Mr. White interweaves his encounters with people whose lives depend on the tidesby inclination or fate with an inquiry into tidal science. He is an acute observer of the diverse environments in which he undertook his research, from the mud flats of Canada’s Bay of Fundy, with its 50-foot tides (equaled only by those of Ungava Bay), to the reading room of the Royal Society in London, to Venice, where, during the increasingly frequent large tide alerts, “water bubbles from the storm drains in Piazza San Marco. . . . Passerella—raised platforms—are set up by public works employees so tourists and locals can walk without getting wet. Cheap plastic boots are sold by street vendors. Otherwise, it’s business as usual.”

Mr. White offers clear explanations of how tides work and how scientific giants such as Aristotle, Copernicus, Kepler, Galileo, Descartes, Newton “and a few others” helped get us where we are today. The “others” includes the anonymous Chinese authors of the world’s oldest tide table, written in the 11th century for the mouth of the Qiantang River, where, during a full moon, the rising tide “erupts into an avalanche of whitewater” 25 or more feet high and advances at 20 miles an hour.

The most remarkable part of Mr. White’s story is that of how long people have been harnessing the tide’s energy. The oldest known tide-powered mill, in what is now Northern Ireland, dates from 800. In the 19th century, more than 200 tide mills operated in Maine to process lumber, grain and other commodities, and in the 1920s, the federal government investigated the energy potential of the tides in Passamaquoddy Bay, adjacent to the Bay of Fundy. Though formidable technological obstacles remain, scientists, engineers and entrepreneurs have their eyes firmly set on the fact that “there are about 3.5 terawatts of raw power in the ocean’s tides,” as a consultant based in the Orkney Islands north of Scotland tells Mr. White.

We have spent much of our existence contemplating the tide’s relationship to the moon and the sun. Realistically, though, we have to bring things down to earth. As Mr. White’s wonderfully paced account shows, a rising tide can be catastrophic for the ill-prepared, but smart work and good fortune can prevail.

—Mr. Paine is the author, most recently, of “The Sea and
Civilization: A Maritime History of the World.”

Appeared in the August 19, 2017, print edition of the Wall Street Journal as “Listening to the Water’s Pulse.”